Al Gore first exhibited an entrepreneurial flair as a government official with his ‘waste-busting’ “Reinventing Government” campaign as Bill Clinton’s VP. But he is obviously a full blown social entrepreneur as evidenced by his interest in technology, the Internet, and preserving the environment. To those who rue his “overthrow” by the Supreme Court it may be some consolation that he may be able to do more good for the world as an advocate rather than as a politician. 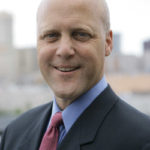 Landrieu’s goal, according to his former chief of staff, Judy Reese Morse, also the director of the Office of Social Entrepreneurship, “is to create an army of volunteers and service leaders to contribute to the state’s rebuilding efforts through service.” In social entrepreneurship, “you try to generate private capital and direct it to cultural forces.” 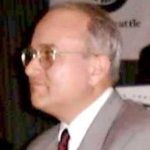 The City of Seattle sponsored a Social Enterprise Initiative 1998-2001 under the leadership of Mark Pomerantz, Strategic Advisor in the Seattle Strategic Planning Office.

This event and seven additional investors forums (2000-2004) provided invaluable entrepreneurial training for nonprofit organizations and raised over $800,000 in cash, loans, and in-kind donations. The Gates Foundation of Seattle provided funding for two Forums.

The Consortium also sponsored along with the Greater Seattle Chamber of Commerce, the Seattle New Philanthropies Conference in September 2000 attended by 300 persons who heard about Venture Philanthropy, Internet-based fundraising, and partnerships between forprofits and nonprofits.

Jeff Bingaman has put forward many ideas for providing tax incentives to corporations that act responsibly and help their communities. Conversely, he favors disincentives to those that close faciities and eliminate and export jobs. He also is a supporter of small business and entrepreneurship. As Michael Shuman has pointed out providing huge tax incentives to big companies to relocate is a zero-sum game. Those billions in tax monies if used as incentives for new small businesses could have a much greater multiplier effect. 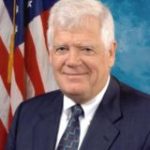 Cong. McDermott, MD, has been a leading advocate for universal, single payer health insurance. He is also the author of a “Fairness Agenda for America” the principles of which are: dignified work, environmental justice, economic redistribution, democratic participation, community empowerment, global non-violence, and social justice. Some of his specific proposals in support of these goals are: developing and renewing infrastructure such as mass transit, schools, and health clinics; government job creation;alternative trade compacts that protect workers; cutting the defense budget; negotiating with Russia to eliminate their nukes; more unfettered federal funds for communities; eliminating subsidies for polluters and replacing them with subsidies for enviromentally sound producers;increasing funds for low-income housing; and limiting campaign spending.