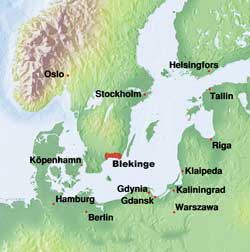 The Swedish capitalists wanted to make as much off the backs of the workers without regulation as they could. The Swedish workers through their unions and the Social Democratic party wanted to establish socialism where industries would be run by the State. What happened? A historic series of compromises establishing a highly regulated capitalist welfare state.

Sweden is a society that is more balanced and just than most societies in the world and has a good deal more equality between social classes and ethnic groups.  The nine million Swedes enjoy high-quality public services and generous welfare benefits – funded largely by high levels of income tax, which ranges from 30% to 55%. The large public sector accounts for 30% of all employees. Union membership approaches 80% and the unions administer the liberal unemployment compensation program. Health care is free for all. Education is free for all through graduate school. Dental care is free up till age 20.

Swedes live several years longer than Americans on average and their satisfaction with their quality of life is substantially higher. They universally have five weeks vacation with about two additional weeks of state holidays. The standard of living re: housing, food, and other basic amenities is comparable with the United States. Public transportation is well developed and operates superbly. Swedes are attached to their bicycles and most of the autos produced in the country are exported.

The Swedish economy is based on consensus and centralized agreements between the three sectors, government, employers, and labor.Both the Social Democratic party and its allies and the Center-Right Coalition are dedicated to preserving the basic framework of the welfare state. The Center-Right would like to privatize some areas of service delivery, minimize some benefits, and encourage more private entrepreneurship. Otherwise both groups are united in the belief that the goal of Swedish society is to ensure that as many citizens as possible receive the assistance they need to have a decent quality of life and a relatively high living standard.

Some critics say that this type of society is only possible in a small homogeneous state. However the immigrant population in Sweden is now approaching 20% of the population and the basic framework of state services remains the same.

Perhaps, the main difference is a society that has not accepted the idea that wealth is the most important end to life, that the best role models are the super wealthy, and that the poor, by definition have something wrong with them and are flawed and deficient humans.