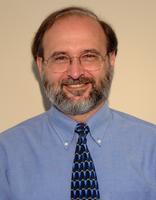 The late, and greatly missed, J. Gregory Dees, was the Faculty Director of the Center for the Advancement of Social Entrepreneurship at Duke Universityand was one of the thought leaders in defining social entrepreneurship.

In Greg’s words the term entrepreneurism “came to be used to identify some individuals who stimulated economic progress by finding new and better ways of doing things. The French economist most commonly credited with giving the term this particular meaning is Jean Baptiste Say. Writing around the turn of the 19th century, Say put it this way, ‘The entrepreneur shifts resources out of an area of lower and into an area of higher productivity and greater yield.’ Entrepreneurs create value.”

Social Value is “about inclusion and access. It is about respect and the openness of institutions. It is about history, knowledge, a sense of heritage and cultural identity. Its value is not reducible to economic or socio-economic terms.”

“Entrepreneurs are change friendly, opportunity-oriented, innovative, resourceful, value creators. They see resources and they find a way to mobilize or move them to areas of higher productivity and yield. They find a way to create value. Social entrepreneurs are entrepreneurs who intentionally pursue the public good. They act as change agents in the social sector by:
Adopting a mission to create and sustain social value
Relentlessly pursuing opportunities to serve their mission
Continuously innovating, adapting and learning
Acting boldly without being limited by resources currently in hand
Exhibiting a heightened sense of accountability to the constituencies served and for the outcomes created.”
Jed Emerson is the former Director of the Roberts Enterprise Development Fund (now known as REDF).Presently he is is a Senior Fellow with Generation Foundation, of Generation Investment Management (London, UK), and a fellow with the Said Business School at Oxford University.He is one of the Thought Leaders in the area of Social Return on Investment (SROI) and has introduced the concept of “Blended Value”

An SROI analysis does the following:
Examines a social service activity over a given time frame (usually five to 10 years);
Calculates the amount of “investment” required to support that activity and analyzes the capital structure of the non-profit that is in place to support that activity;
Identifies the various cost savings, reductions in spending and related benefits that accrue as a result of that social service activity;
Monetizes those cost savings and related benefits (that is to say, calculates the economic value of those costs in real dollar terms);
Discounts those savings back to the beginning of the investment timeframe (referred to as “Time Zero”) using a net present value and/or discounted cash flow analysis; and then
Presents the Socio-Economic Value created during the investment time frame, expressing that value in terms of net present value and Social Return on Investment rates and ratios.
Value is what gets created when investors invest and organizations act to pursue their mission. Traditionally, we have thought of value as being either economic (and created by for-profit companies) or social (and created by nonprofit or non-governmental organizations). What the Blended Value Proposition states is that all organizations, whether for-profit or not, create value that consists of economic, social and environmental value components—and that investors (whether market-rate, charitable or some mix of the two) simultaneously generate all three forms of value through providing capital to organizations.

The outcome of all this activity is value creation and that value is itself non-divisible and, therefore, a blend of these three elements. ( Read more about Blended Value at 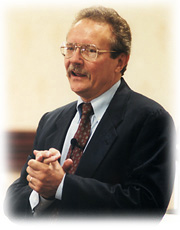 After years of hovering around the edges of the nonprofit sector, social entrepreneurship has moved into the mainstream. Venture philanthropists, traditional grant-makers, Boards of Directors, nonprofit entrepreneurs, consultants, academics and others are all rushing to the table. But there is still confusion about terminology.

Definitions of more than 80 key terms appear in Jerr Boschee’s newest book,Migrating from Innovation to Entrepreneurship: How Nonprofits are Moving toward Sustainability and Self-Sufficiency. Twenty-two of them appear below.

Affirmative business:
A social enterprise created specifically to provide permanent jobs, competitive wages, career tracks and ownership opportunities for people who are disadvantaged, whether it be mentally, physically, economically or educationally. John DuRand of Minnesota Diversified Industries created the concept in 1973 and simultaneously emphasized the importance of a blended work force in order to maximize productivity and increase the enterprise’s ability to compete (a typical mix draws about 60 per cent of the employees from the ranks of people who are disadvantaged). The employees for an affirmative business might include people who are developmentally disabled, chronically mentally ill, recovering substance abusers, former convicts, visually impaired, physically challenged, or grappling with some other disadvantage. In the United Kingdom, an affirmative business is known as a “social firm.”

Dependency:
The traditional business model for nonprofits, in which they depend solely or almost entirely on charitable contributions and public sector subsidies, with earned income either non-existent or minimal.

Double bottom line:
The simultaneous pursuit of financial and social returns on investment – the ultimate benchmark for a social enterprise or a social sector business.

Earned income:
Income is “earned” when there is a quid pro quo – a direct exchange of product, service or privilege for monetary value. Earned income for a nonprofit includes such things as tuition payments, the sale of products or services, government contracts, consulting fees, membership dues (when dues purchase tangible benefits), sale of intellectual property, agreement to use the nonprofit’s identity, royalties, ticket sales, property rentals/leases, and so on. Earned income does not include such things as corporate or foundation grants, government grants or subsidies, financial contributions from individuals, or in-kind donation of products or services. Most earned income strategies mounted by a nonprofit are designed to cover part of a specific program’s cost, not necessarily make a profit; the organization makes up the difference through charitable contributions and public sector subsidies. The one exception is a social sector business, which depends on earned income alone.

Earned income strategies:
An attempt by a nonprofit to cover part of its costs by capitalizing on the earned income potential of its programs, products and services. A strategy that depends entirely on earned income is called a social sector business.

Entrepreneur:
A person who organizes and manages a business undertaking, assuming the risk for the sake of profit. Starting with nothing more than an idea or a prototype, entrepreneurs have the ability to take a business to the point at which it can sustain itself on internally generated cash flow. Generally speaking, entrepreneurs need the freedom to operate without much supervision. They also need clear definitions of success and failure, immediate feedback, rewards for performance, and ongoing challenges.

Entrepreneurial nonprofit:
A nonprofit that seeks to match its core competencies with marketplace opportunities in order to simultaneously generate more earned income and expand its social impact.

Entrepreneurship:
The ability to convert an idea or a prototype into a business that can sustain itself on internally generated cash flow.

Innovation:
The creation of something new. Innovation is often confused with entrepreneurship, but innovation does not necessarily include earned income.

Mission-driven product or service business:
Unlike an affirmative business, which employs the people served by a social enterprise, a mission-driven product or service business generates revenue from the delivery of a product or service to the people being served, although payment may come from a third party such as a government agency or entitlement program or from a private insurance company. Examples include such things as hospice care, tutoring services for potential high school dropouts, assistive devices for people who are physically challenged, and personal care services for elderly people.

Nonprofit entrepreneur:
An individual who pays increasing attention to market forces without losing sight of the nonprofit’s underlying mission.

Self-sufficiency:
The ability to fund the future of a nonprofit through earned income alone – without having to depend in whole or in part on charitable contributions or public sector subsidies.

Social enterprise:
Any organization, in any sector, that uses earned income strategies to pursue a double bottom line or a triple bottom line, either alone (as a social sector business) or as part of a mixed revenue stream that includes charitable contributions and public sector subsidies.

Social entrepreneur:
Any person, in any sector, who runs a social enterprise.

Social entrepreneurship:
The art of simultaneously pursuing both a financial and a social return on investment (the double bottom line).

Social sector business:
A business designed to directly address a social need and simultaneously make a profit through earned income alone, regardless of whether it is structured as a for-profit or nonprofit entity.

Sustainability:
The ability to fund the future of a nonprofit through a combination of earned income, charitable contributions and public sector subsidies.

Unrelated business income:
Earned income derived from products or services not directly related to the charitable purpose of a nonprofit, including income from the organization’s under-utilized assets (such as facility downtime) or as conveniences for its clients or patrons (such as parking lots or cafeterias). In the United States, unrelated business income is subject to taxation and, at significant levels in proportion to total income, may jeopardize a nonprofit’s tax-exempt status.

Value rubs:
When two or more of a social enterprise’s economic, social and environmental bottom lines are in conflict and decisions must be made that may temporarily or permanently disrupt the existing balance.